Located in the town of Bavent, the Château de Bénéauville is a remarkable monument that has little equivalent in Pays d'Auge.

Its brick and stone apparatus, the rectilinear facade and its immense ax-shaped roof make it a unique specimen of architecture.

If it is Augeron by its material, it is attached to the plain of Caen by a certain stiffness of the lines and by the master builder who built it at the end of the 16th century, coming from Amblie (Canton de Creully ).

Inside, the chimneys of the Château de Bénéauville tell us about the taste of Renaissance people for ancient literature, mythology, and scripture.
In the dining room, Actaeon is changed to deer. In the rooms on the first floor, admire the polychrome fireplace representing Hercules slaying the hydra. Let us meditate on Job's great patience and see "How Solomon made admirable judgments". 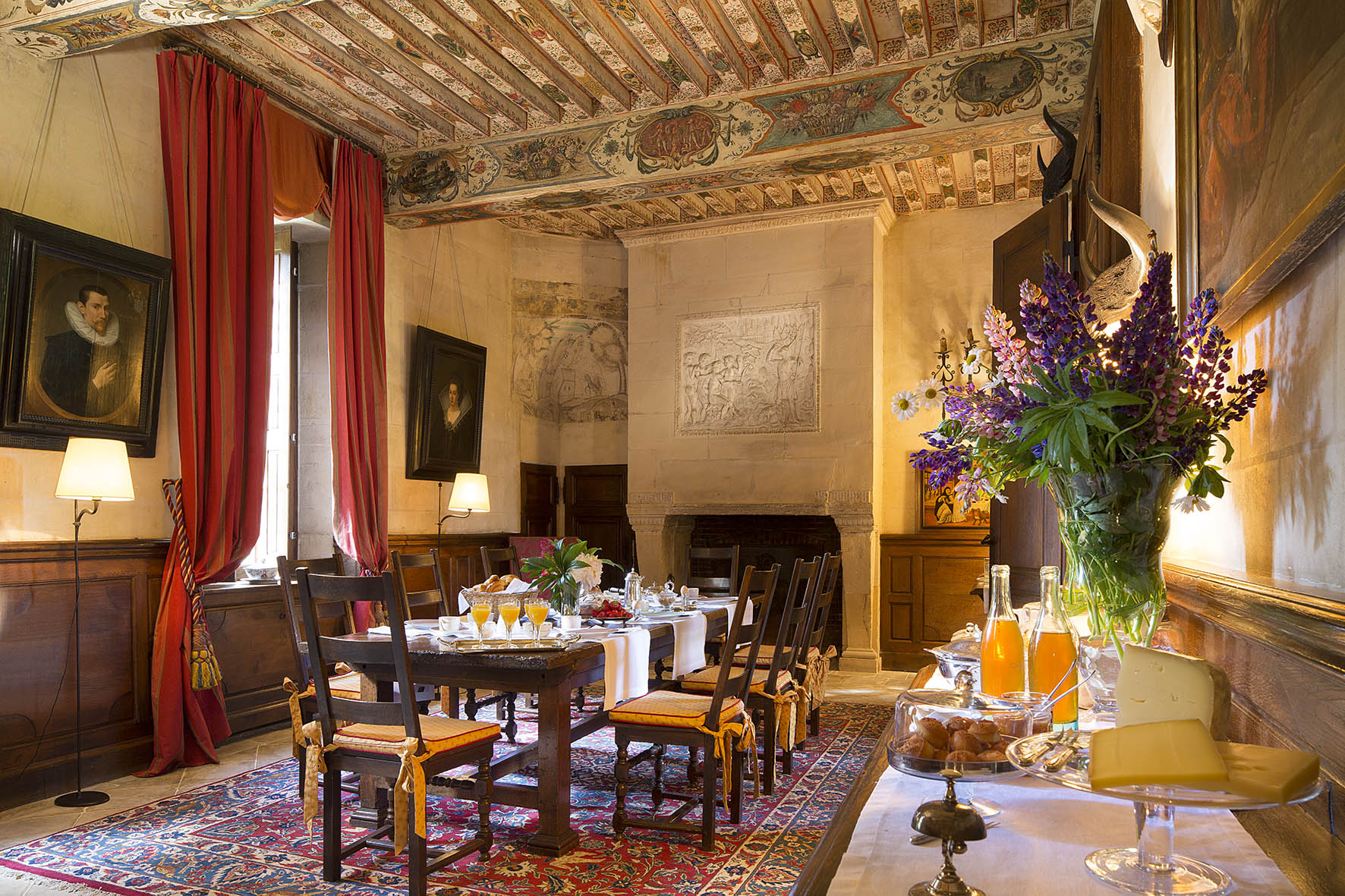 The paintings in the library's ceilings are filled with family escutcheons, fruit baskets and flowers, while the first floor and dining room ceilings represent small landscapes that have kept an astonishing freshness of color. These wonderful sets have been completed and are dated: "October 08 1636".

In 1782 the Château de Bénéauville was sold to Pierre-Bernardin Victor Housset of Catteville, treasurer of the wars residing in Caen and was sold several times until his eighth and current owner Mr. Philippe Augais.

It should be noted that in 1897 the Château was the subject of a legacy by M and Mme Duquesne for the benefit of the Orphélinat des Arts, created by some famous women artists, including Sarah Bernhardt.

He hosted for a short time the orphans of this institution who could appreciate the benefits of a stay in Normandy.

Today the Château de Bénéauville presents itself to us, almost as in the 16th century, with the exception of the two small pavilions of the XVII and XVIII century which elegantly flank the facade. It is also in the 17th and 18th centuries that the fireplaces of the second floor and some woodwork of the reception rooms were laid out. It is nowadays preceded by a wide and noble avenue of plane trees.

In the library, a mantel from the Château de Sully sur Loire completes the wonderful ensemble we have described.

"The Château de Bénéauville is a wonder. This work is unique, it can not be compared to any other. it is perhaps the most curious Castle, the most complete, the most unexpected of our Pays d'Auge. "
(Henri Pellerin, published in the magazine Pays d'Auge-August 1957).